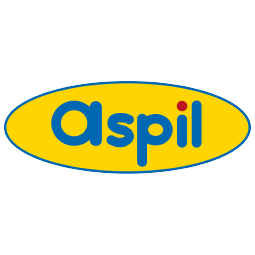 The ASPIL brand emerges from the company which was founded in 1979 “Productos Aspil” in the town of Ribaforada in Navarre.

The first product that was launched under this brand was Jojitos, and immediately afterwards, Aspitos.
The Aspil brand offers tasty and varied snacks aimed at kids and adolescents, accompanied with enticing promotions and top-licenses for this target public. 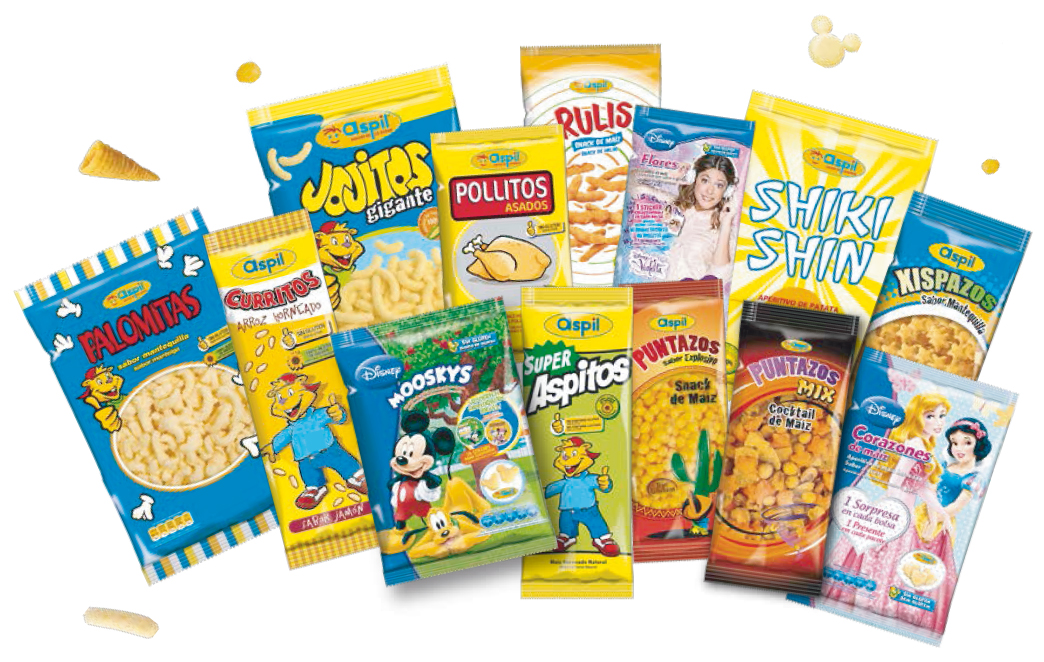 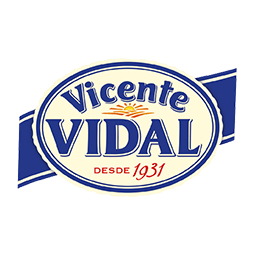 Based on the know-how of the Vidal family who created their first potato crisps way back in 1931, the brand has developed since its beginnings in order guarantee more, if possible, innovative products.

The key to the success of its varied products is in the be-all and end-all, in the potato, and in the scrupulous work methodology:

Buying our potatoes directly from the farmers guarantees the profitability and sustainability of Spanish crops.

Monitoring and taking the greatest care with our raw materials: we select the best potato seeds for the soil and we monitor the crops from seed to harvest. Afterwards, we combine them with the best ingredients so that the final product is an excellent example of the Traditional Recipe from 1931.

Providing uniform quality throughout the year. All of the above make Patatas Vicente Vidal a one-of-a-kind brand.
Check out the varieties.
You will be surprised.

MARINAS potato crisps emerged from the concept of Mediterranean Crisps, which not only notes the origin of the salt but also covers different varieties (Formentera Sea Salt; Olive Oil; and Balsamic Vinegar and Pepper). It also uses a production model based on the traditional recipe of Vicente Vidal.

Agria variety potatoes, 100% originating from the Iberian Peninsula, which farmers grow with certified seeds provided by Vicente Vidal; adapted to the conditions of the field where they are grown, monitored and handpicked.
In this range, the common link is sea salt from the Ses Salines Natural Park in Formentera. This salt, influenced by the unique Neptune grass surrounding the island, has healthy properties and a crunchy and natural texture.

Aspitos, an extruded snack which soon became popular among children thanks to its original shape and size, was launched in the market at the start of 1984.

The first Aspitos were sold individually packaged, i.e. one Aspito per bag. Later down the line it changed to two, and after that, Súper Aspitos with three sticks were launched. In the end, this product was also sold in a pack of eight, with a free gift, as a family pack to buy and store at home.
Aspitos are a product bursting with goodness. They are natural and healthy, given that they are 100% produced with natural ingredients: corn semolina, sunflower oil and salt; they are suitable for children with allergies as they are free from any allergen, such as lactose or gluten, and can be eaten from a very young age because they melt in the mouth without having to be chewed and because they are easy to hold.

Visit blog the Blog of Aspitos